Can I recycle my coffee cup?

We are open for business during Covid lockdown 4 as an essential service.
Place your order or send an enquiry and we will respond as soon as we can.

For products tested and approved to kill Covid-19 please click on this link:
COVID-19 APPROVED PRODUCTS 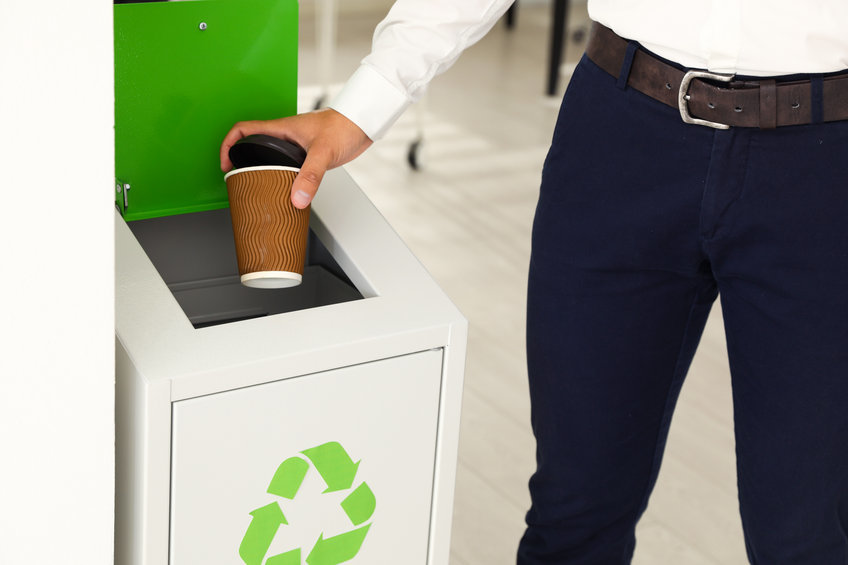 Even if it’s a compostable cup you have just finished with, put it in the landfill bin if there are no commercially composting bins around. Don’t toss it in your recycling bin, as it could contaminate tonnes of recyclable items, resulting in far more material ending up in landfill.

Britain gets through 2.5 billion single-use coffee cups every year. Making these cups, which are used for about 10 minutes, takes the felling of a million trees and almost 1.5 billion litres of water annually.

According to a 2018 article in Stuff, our clean, green nation goes through over 295 million takeaway coffee cups a year, a huge increase in what we guzzled ten years earlier.

A 2017 report from the UK’s House of Commons Environmental Audit Committee found takeaway cups in Britain’s landfills produce an annual carbon footprint equivalent to over 152,000 tonnes of carbon dioxide, similar to what 33,300 cars produce in a year.

Why can’t we recycle our coffee cups?

People often think disposable coffee cups aren't compostable due to the lining that prevents leaking, but that’s not the whole story.

Conventional, coated cups are made from virgin paper, and the laminated plastic PE lining is very hard to remove. Even though it is a recyclable material, few waste management companies will recycle these coffee cups as they need to separate the plastic lining from paper, and this is not easy.

What about compostable cups? 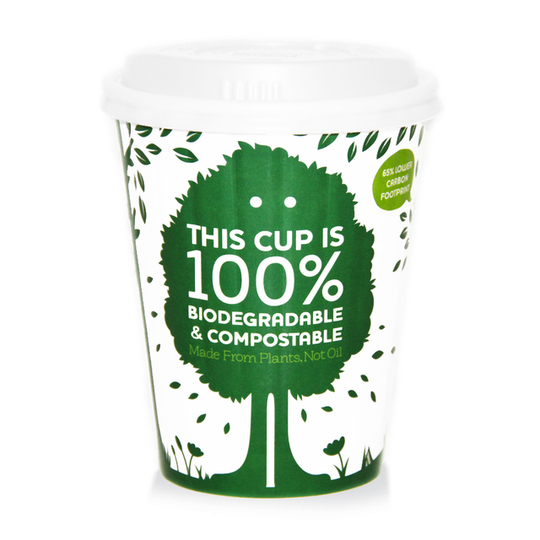 Many cafes use compostable cups, with a PLA, polylactic acid, lining that is plant-based. These cups can be composted, but they need to be collected and sent to special commercial composting plants. PLA cups are not engineered to break down in home compost.

And therein lies the main issue.

Compostable cups can only be accepted by some commercial composters, and only in small quantities. They are not accepted in any kerbside recycling bins. Collecting and transporting them to the right processer is a major challenge. One that is compounded by consumer confusion as to what is compostable, recyclable or biodegradable, and the fact that there are only 11 facilities in the country that can process compostable cups.

Wish cycling away our single use cups

So, what do we do? Well, what we shouldn’t do is “wish-cycle” our coffee cups away. Single-use coffee cups are not recyclable. Even PLA plastics cannot be recycled, so the many bio cups ending up in standard recycling bins render everything else unfit for recycling.

A lot of the items Kiwis chuck in their recycling bins could be doing more harm than good. If disposable coffee cups are found in your bin, it can lead to all the recycling being contaminated and everything being sent to landfill.

We need to dispose of cups properly. Lyn Mayes from The Packaging Forum says the advice they give people is to put their coffee cup or your cold cup in the rubbish wherever you are in Aotearoa.

Some light at the end of the bin?

Dedicated bins for compostable takeaway coffee cups in Australian cities have been well used, and NZ petrol station chain Z, who sells more than five million coffee cups every year - enough to stretch from Hamilton to Wellington - has designated collection points for used compostable, PLA lined coffee cups at more than 70 of their Z stations. Once collected, the compostable cups are taken to local, specialised composting facilities.

Building the future cup by cup

Coffee cups will soon be saved from the landfill by being reused as a building material. SaveBoard is a construction board that can be used in place of plywood, particle board or plaster board. The first plant is due to begin production near Hamilton later this year and will upcycle milk and juice beverage cartons and prevent more than 1,000 coffee cups from going to landfill per board.

Closed Loop is backed by transport company Freightways, who will help with the waste collection and logistics and packaging manufacturer Tetra Pak who will supply about half the waste.

Many New Zealand companies in the hospitality trade have already switched from standard disposable cups to biodegradable cups, which means we’re moving in the right direction. Smoothies, juices, tea or coffee: everything can be offered in biodegradable cups.

We need to take the environment’s fate in our own hands and stop contributing to the production of petroleum-based products, as they’re doing only harm and no good. Biodegradable products use less energy and emit less pollution their manufacturing process compared to petroleum-based cups. .

If you want to minimize your negative influence on the environment, we have just what you need! Take a look at our biodegradable disposable cups and feel free to contact us!